It is with sorrow that I bring forth the news of the horrendous treatment of Ellen Richardson. Richardson has had a history of mental illness and is a paraplegic female. According to CBC news, Richardson, a Canadian citizen who resides in Toronto, was denied entry to America by a U.S. official because of her history of mental illness. It has been reported that Ellen Richardson spent six thousand dollars ($6,000) to have a jolly good time in New York and the Caribbean but was stripped of this great adventure. 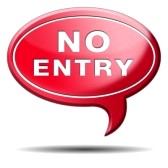 While the U.S. border guards have full jurisdiction to prohibit anyone who they consider to be dangerous to themselves, others or their property. It is totally wrong that Richardson, who is a paraplegic, is being treated as a potential threat. They were, however, kind enough to present Richardson with the option of entering the country by paying $500.00 and getting an assessment from a doctor with whom she is not familiar with. Unbelievable, I know, but it’s for real, and it is a very serious situation. Wouldn’t you be heartbroken?

It is no secret that Richardson suffers from depression and has had three suicide attempts. This is revealed in her book and biography on her website entitled Hope for the Heavy Heart.  However, Richardson has recovered and is trying to add some normalcy to her life by going on a once-in-a-lifetime cruise.  Richardson triumphed over her mental illness, but was faced with the haunting truth that the disease she had worked so hard to   put behind her, has come back to haunt her in a most unusual way. Richardson thought she had conquered her depression but realized that she still has stigma to fight, including those people who want to confine her to a box because of a disease. However, I want to reassure everyone out there who has a mental illness that you are not your disease, and you should not be defined by it.

Nevertheless, I am deeply concerned that this could happen to anyone from anywhere. It is outrageous and unfair that Richardson was profiled and treated like a terrorist. The treatment of Richardson only perpetuates the false ideology that all people with a mental illness are a danger to society. It is a stigma that can have a negative impact on how society views a mentally ill individual. I also find it quite mysterious that Ellen Richardson’s medical history, which should have been kept private, was exposed without her prior knowledge. This is a breach of patient confidentiality. It has been reported that this is not the first time a Canadian citizen has been rejected at the U.S. border because of mental health problems. I cannot imagine that someone with HIV/AIDS, diabetes or any physical disability would be treated in this manner.

Society must realize that people with a mental health disorder are human beings and must be treated with respect and dignity.

For those persons who have conquered their mental health problems and are trying to live meaningful and productive lives, stay strong! You are more than a conqueror. The Ellen Richardson incident is a reminder that we still have a long journey to fight against mental illness stigmatization. We will overcome!